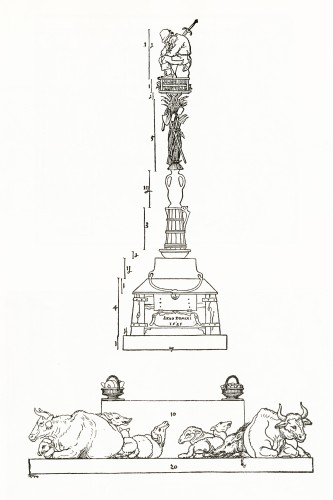 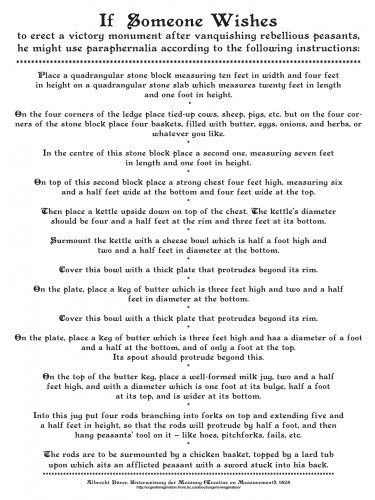 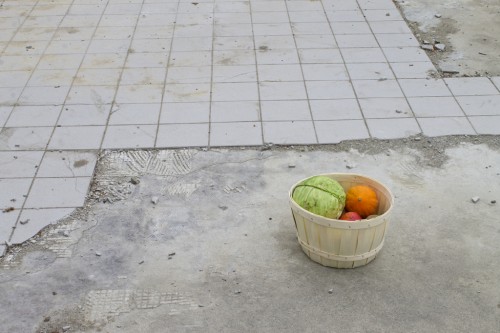 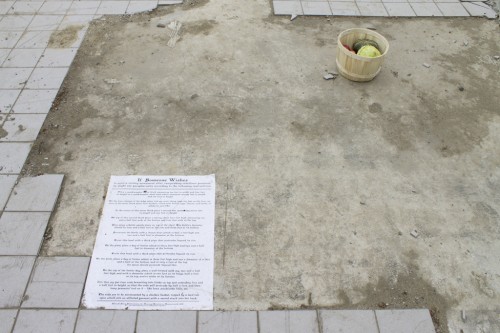 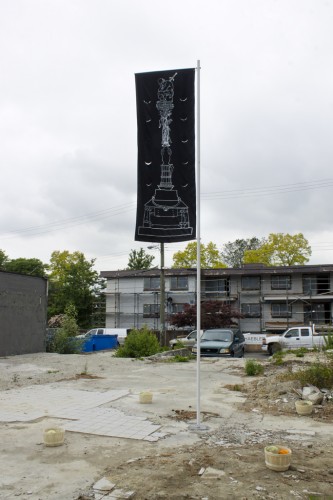 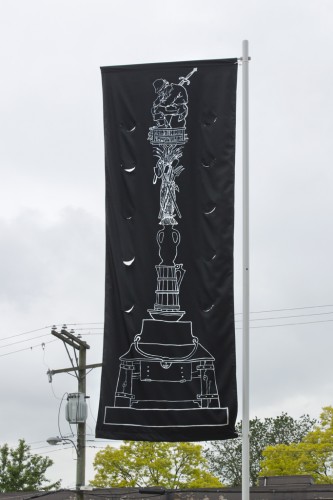 Monument to the Vanquished Peasants

In his 1525 Monument to the Vanquished Peasants the German Renaissance artist Albrecht Dürer commemorated the bloody defeat of peasant revolts in 16th century Western Europe. This etching is a diagram for an ambitious victory column that includes livestock, agriculture and topped by the image of a peasant stabbed in the back. Deeply enigmatic, scholars have long debated whether it does celebrate triumph over the peasant class, or if it in fact celebrates and honours their struggle.

In Holly Ward’s version of Monument to the Vanquished Peasants the artist is less ambiguous in her sympathies. By interpreting Durer’s monument as a site-specific installation in an empty lot at 379 East Broadway St in East Vancouver, Ward’s Monument parallels directly to contemporary issues of land use and its affects on communities.

The context from which the peasant revolts and Dürer’s monument emerged was one where feudal serfs, despite their enslavement, often had access to woodlands and pastures. Known as the Commons, these lands were crucial to peasants’ sustenance and central to their traditional social structures. During the later-Feudal period this open system was replaced by Enclosures—eliminating the Commons in favour of private land accumulation.

By drawing on this example at this time and in this place, Ward draws a clear parallel to today’s global neoliberal context. Many concerns articulated by these medieval peasants persist: land privatization and use, fair wages, and the ability to develop and maintain communities, are familiar demands of our contemporary working and middle class.

In particular, the social effects of Vancouver’s overheated and unsustainable real estate market begs further inquiry into the potential role of collective action and class solidarity. Ward’s Monument to the Vanquished Peasants points to a historical moment of collective resistance, and its impact on the course of history.

This site-specific installation will be on view until August, 2016, at which time construction of a new condo building will commence. 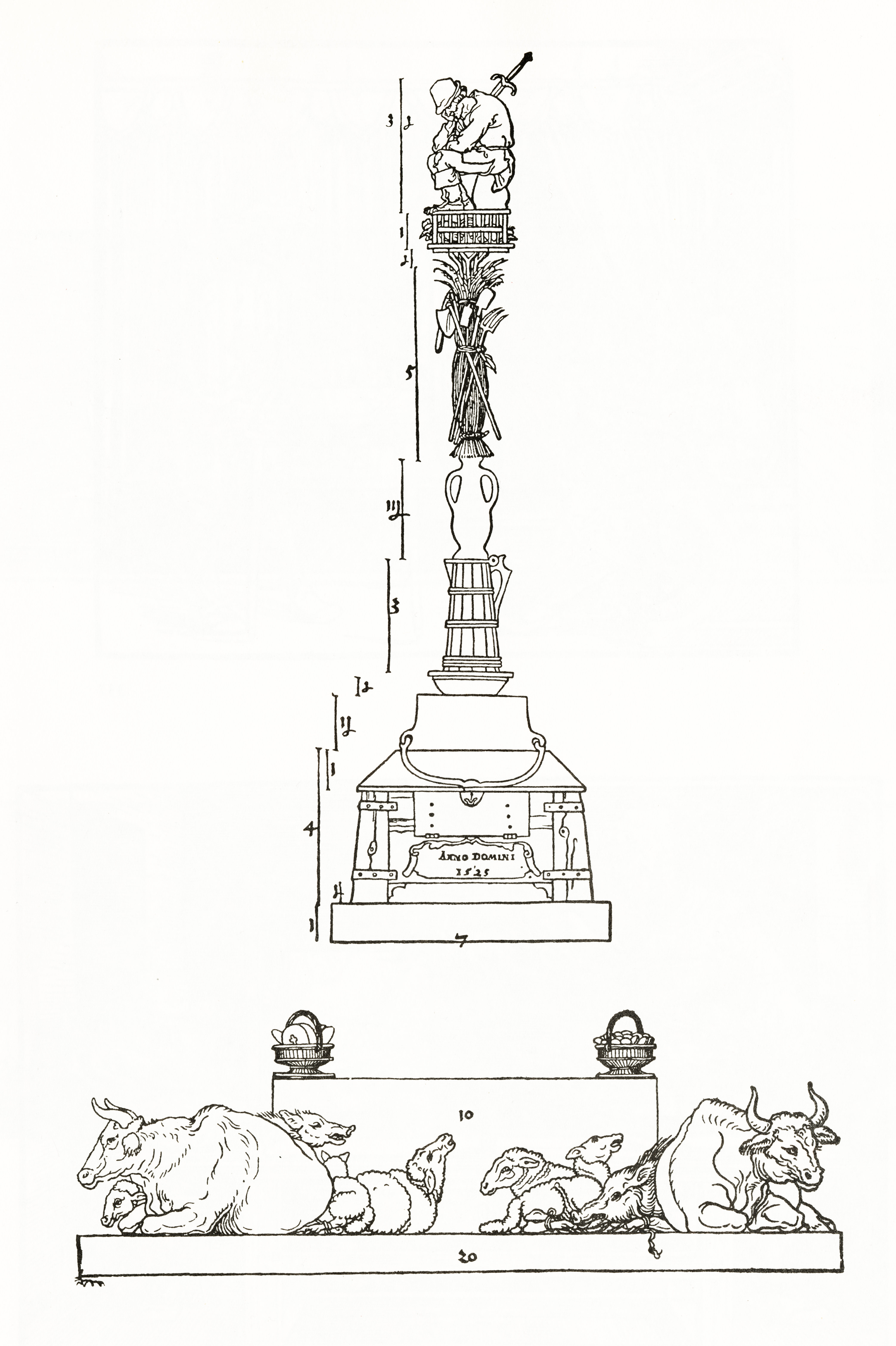 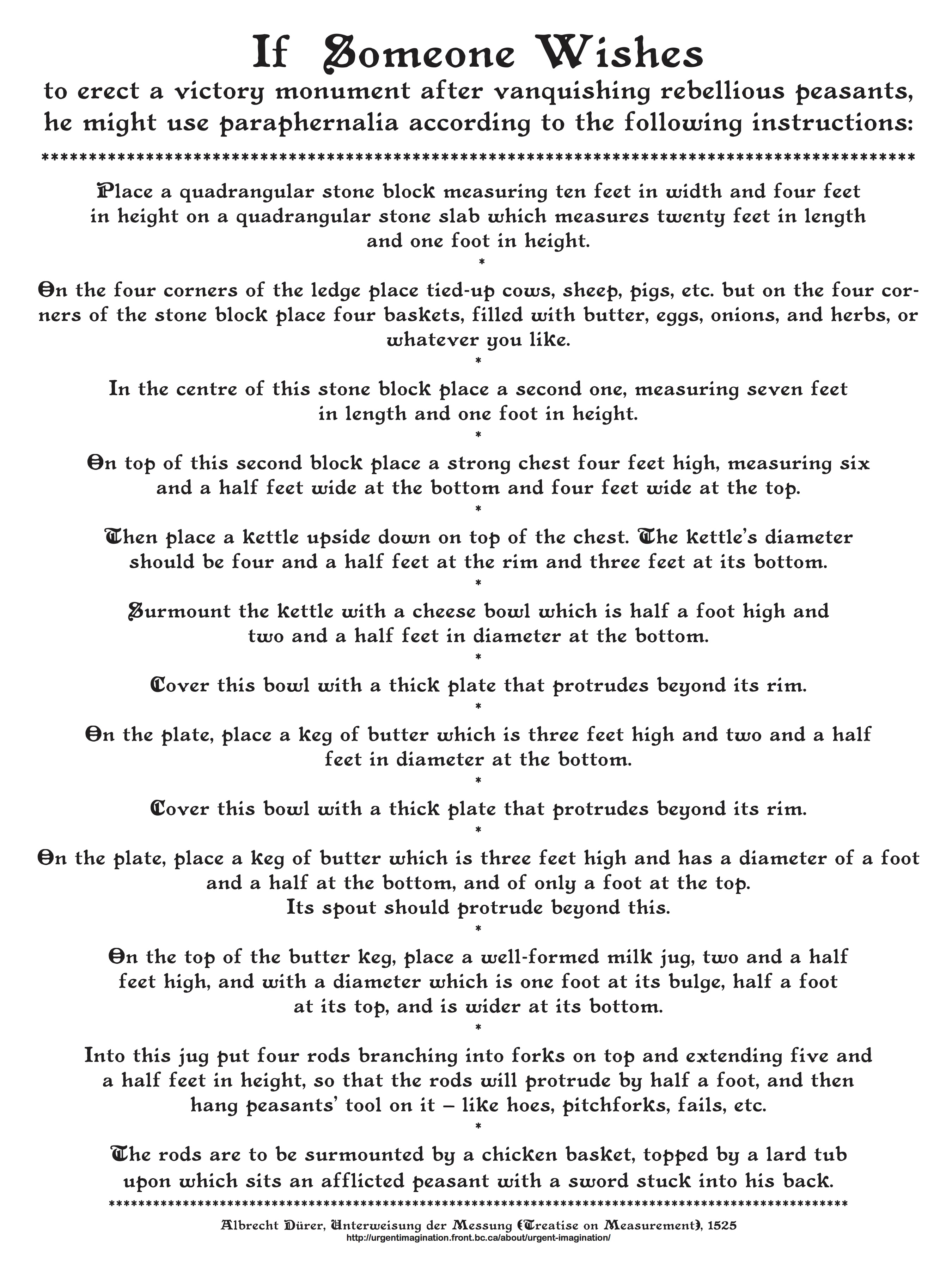 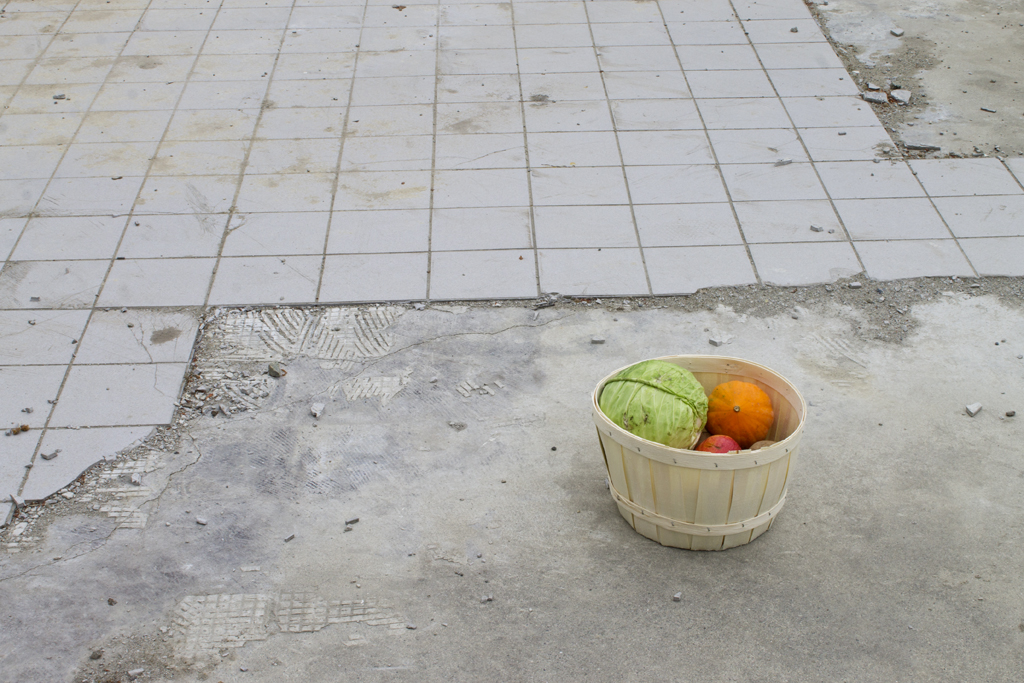 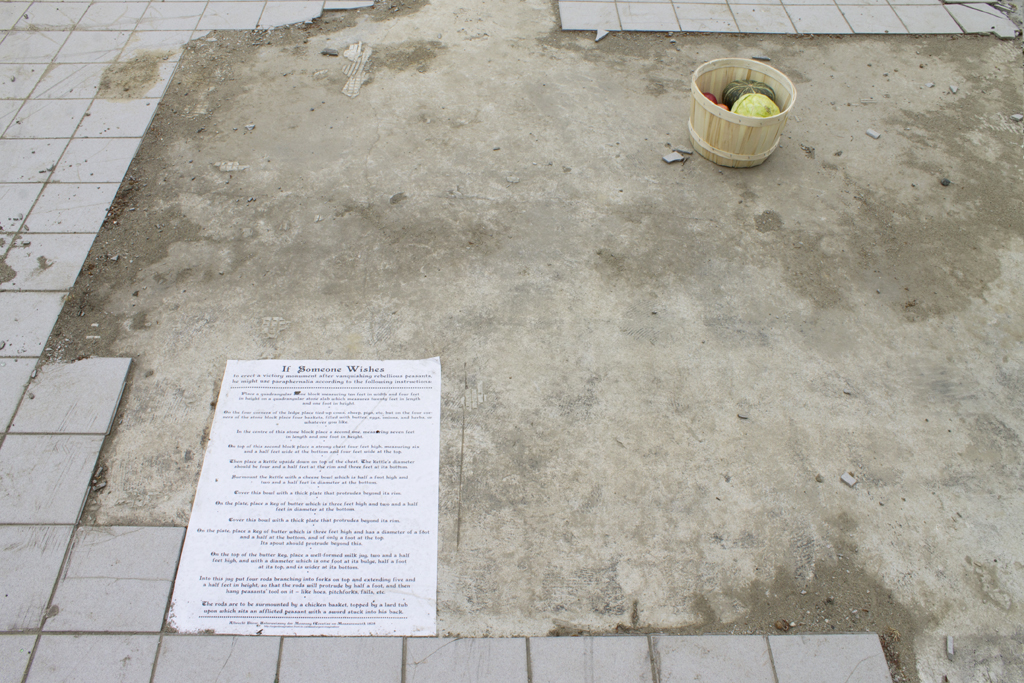 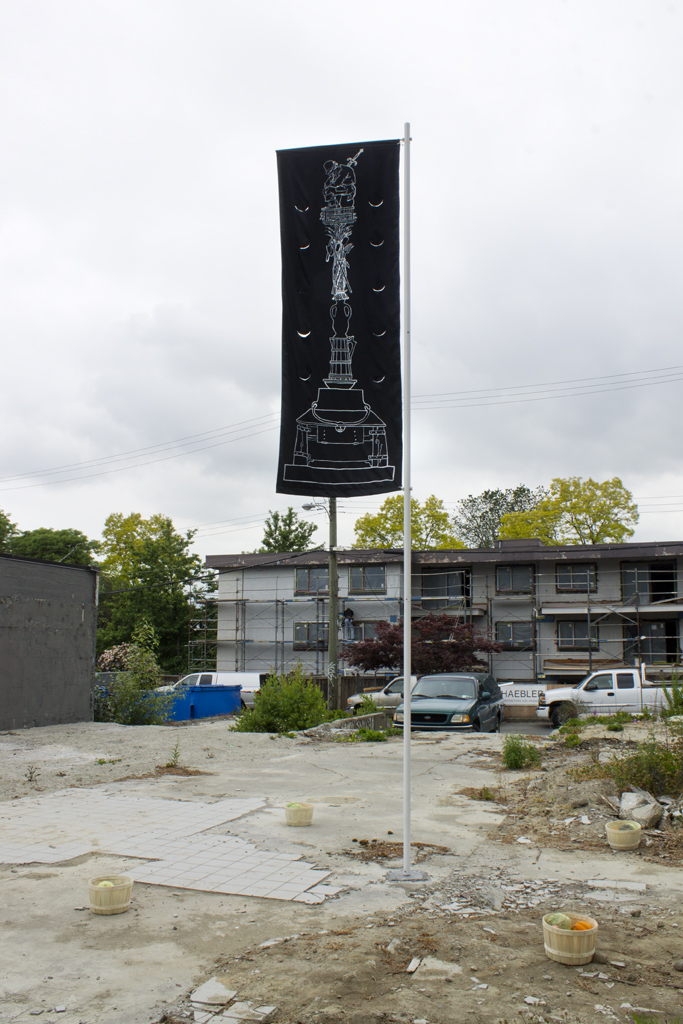 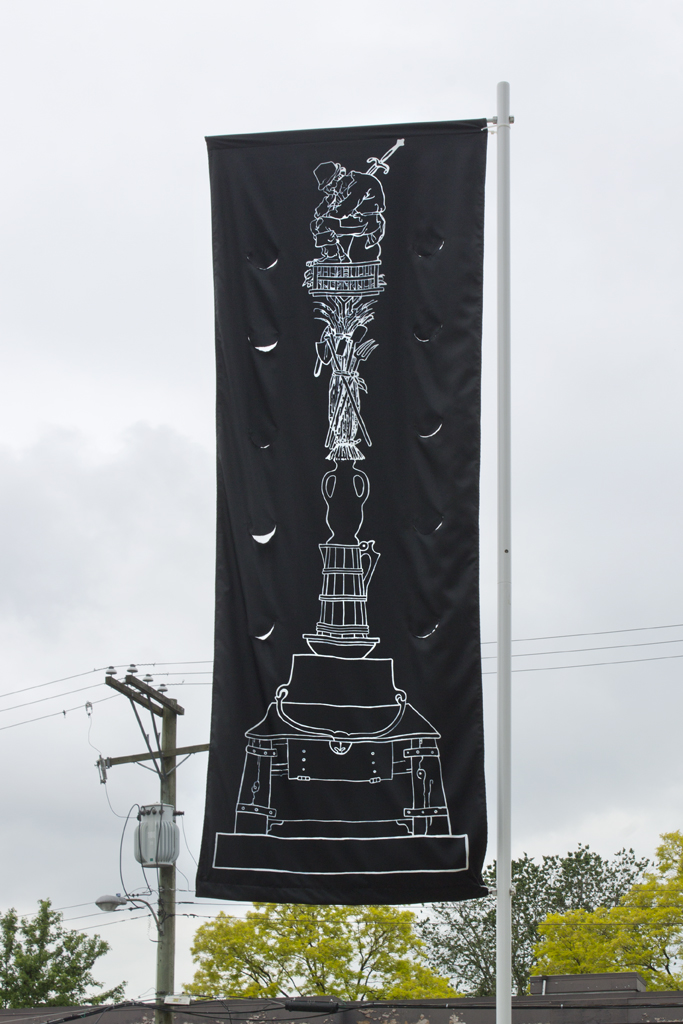