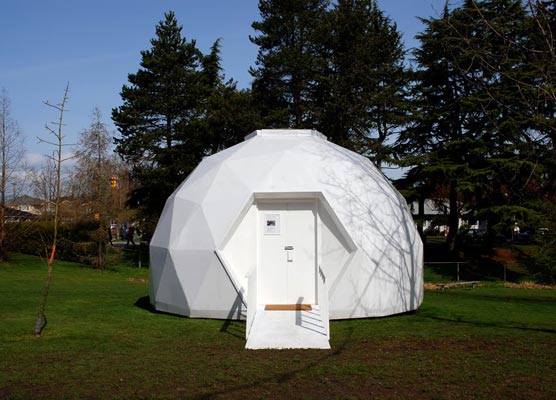 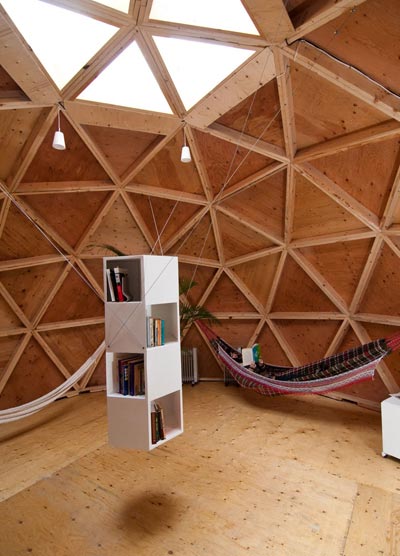 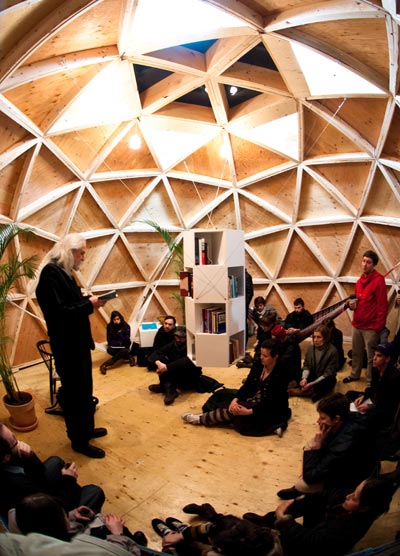 Based between Vancouver, Berlin, and rural BC, Holly Ward is an interdisciplinary artist working with sculpture, multi-media installation, architecture, video and drawing as a means to examine the role of aesthetics in the formation of new social realities. Stemming from research of various visionary practices such as utopian philosophy, science fiction literature, Visionary Architecture, counter-cultural practices and urban planning, her work investigates the arbitrary nature of symbolic designation and the use-value of form in both social and subjective contexts. Recent projects include Persistence of Vision, a solo exhibition at Artspeak and News of the Whole World, a commission by the City of Vancouver Heritage Foundation, which could be seen on the Hamilton street side of the CBC building in downtown Vancouver from Feb 2011 to Feb 2012. For her 2009-2010 Langara College Artist in Residence project in Vancouver, Ward constructed The Pavilion, a 22’ diameter geodesic dome to act as catalyst for a series of exhibitions, readings, workshops and experimental performances. This project is currently being developed in collaboration with artist Kevin Schmidt as a permanent facility on a rural property in Heffley Creek, BC, wherein the artists will examine aspects of artistic agency from the cultural periphery. Ward is represented by Republic Gallery, Vancouver. Her second solo exhibition at Republic Gallery opens in November 2015.

The Pavilion was a year-long project completed as the Langara College 2009-2010 Artist In residence. During this time, Ward constructed a 22’ diameter geodesic dome intended to serve as a catalyst for speculative thinking and artistic experimentation. Once the construction of The Pavilion was complete, Ward curated a series of exhibitions, readings and performances in order to generate contemporary engagements with utopian thinking, experimentation and dialogue.

“Ideas and Integrities: A Utopian Library” highlighted aspects of The Pavilion as a model for utopian thinking and social engagement by providing visitors with a selection of utopian literature, theory and case-studies. Housed in a bookshelf designed by visionary engineer R.Buckminster Fuller that hung from cables inside the geodesic dome, the collection of utopian literature, case-studies and newsletters could be read in the on-site lounge.

In Persistence of Vision, Ward investigated symbolic strategies of resistance and the use of utopian discourse as a starting point for revolution. Featuring new sculpture and print work, the exhibition created a linkage between contemporary spaces of protest and historical representations of the “utopian” city square.